Discuss all aspects of the three towns in the Threetowners' Lounge.
Forum rules
Please familiarise yourself with our Board Rules and Guidelines
Post Reply
34 posts

Just a quick message to say that the parking point arrowed on the map is simply a stretch of road rather than a car park...lest anyone goes looking for a formal car park!

Spoke to the Champion Shell again today and we’ll have lentil soup and bread on Wednesday night - the owner will be on his own so won’t be able to produce anything more substantial than that - the soup will be suitable for vegetarians though. There is a chip shop close by if you feel you’re wasting away.

See you on Wednesday.

Would love to be with you all on Wednesday, if just to put faces to names. I will look forward to seeing some photographs of the threetowns Whose Who!
Enjoy your evening, I hope to participate when the grand children are older and independent.

Have a great day tomorrow,best wishes.

Well, despite the weather, what a great day we had. Our reception at Winton Park was very warm and welcoming. George Ardrossan kicked off the morning in the Pat Breen Snr Lounge in the Supporters Club with a presentation on the history of football in Ardrossan followed by an update on the activities of the Ardrossan Castle Heritage Society. AWRFC laid on a wonderful spread of sandwiches and tea or coffee with biscuits afterwards. Our visit ended with a tour of the grounds and Penny Tray scoring a penalty - pictures available later!

It was still raining, but we headed up the Cannon/Castle Hill (sorry, but it’s been the Cannon Hill to me all my life) with Martin, from the Ardrossan Castle Heritage Society. Martin really made history come alive - I grew up in Ardrossan and used to play around the ruins but I learned more in that hour than I had in my whole time in the town.

We gathered in the car park in Stevenston for our walk around the old I.C.I. Ardeer site. Again, despite the rain, Iain guided us around a variety of old buildings and overgrown areas pointing out features of the old factory and sharing his knowledge of the unusual plant life. We covered a wide circuit of about four and a half miles and even managed to catch sight of a large fox. All of this exercise built up a healthy appetite and we rounded off the evening in the Champion Shell for a hearty bowl of soup, great conversation and lots of laughs.

Pictures will be available via a link I will post later this weekend, including a (very bad) video of Penny Tray taking his penalty.

Many thanks, Meg, to you and your committee for organising this. And, a big thank you to all those who took the opportunity to attend the events - pity about the weather. I bet the last time penny Tray was on the pitch there was to collect the corner post flags and deliver them to treasurer Wullie Yuille at the end of a game - wee boys always raced to do that at the end of a game.

That was probably the last time I was on the Winton Park pitch too - happy memories.

The Merry Blacksmith - on Harmonica ... by Hughie.

The first of the links. This is a short (badly shot) video of Penny Tray scoring a penalty at Winton Park. I’ll leave PT to fill in the blanks as to why he was compelled to take this shot at goal.

Here are a few pictures from our anniversary day... 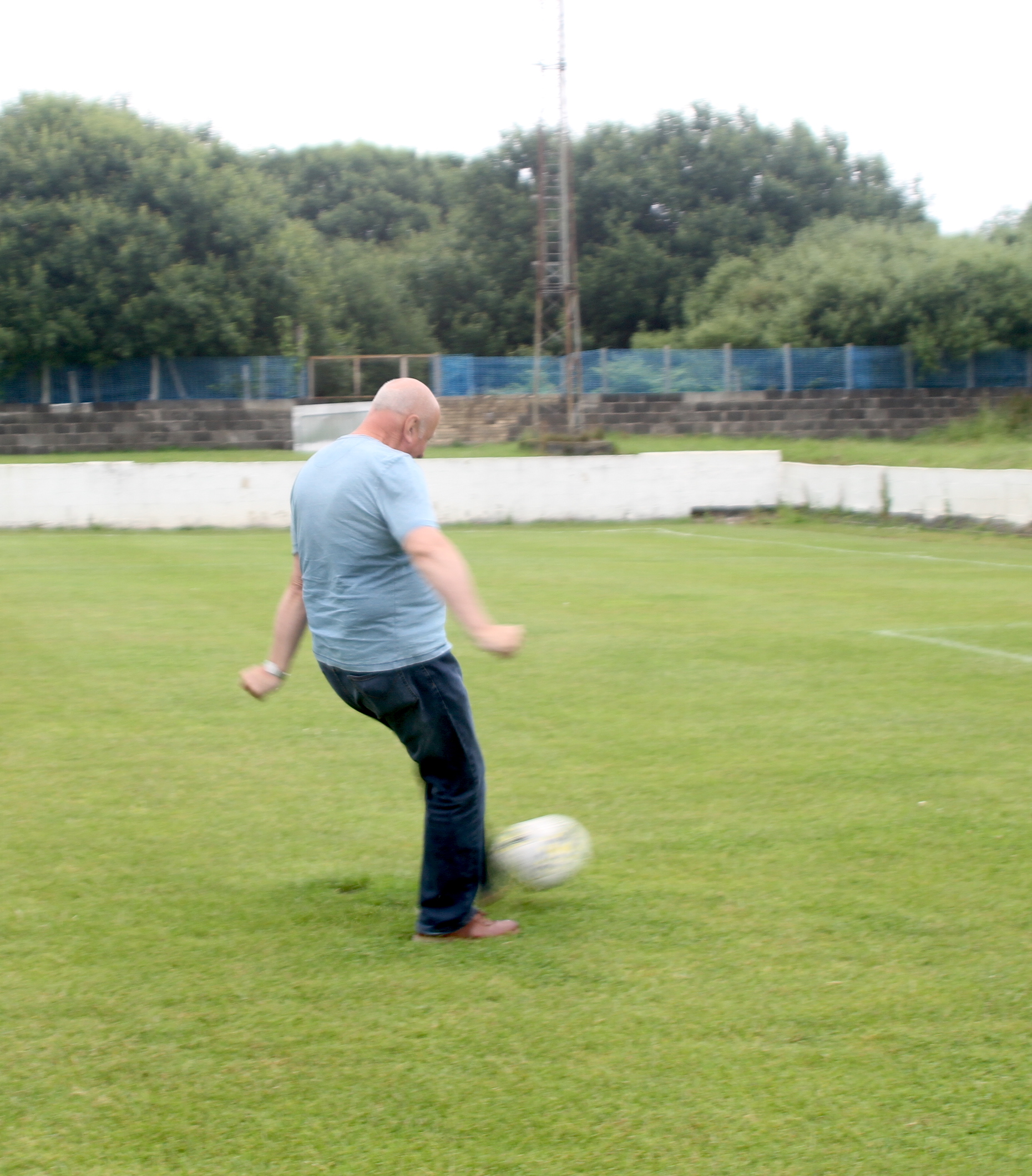 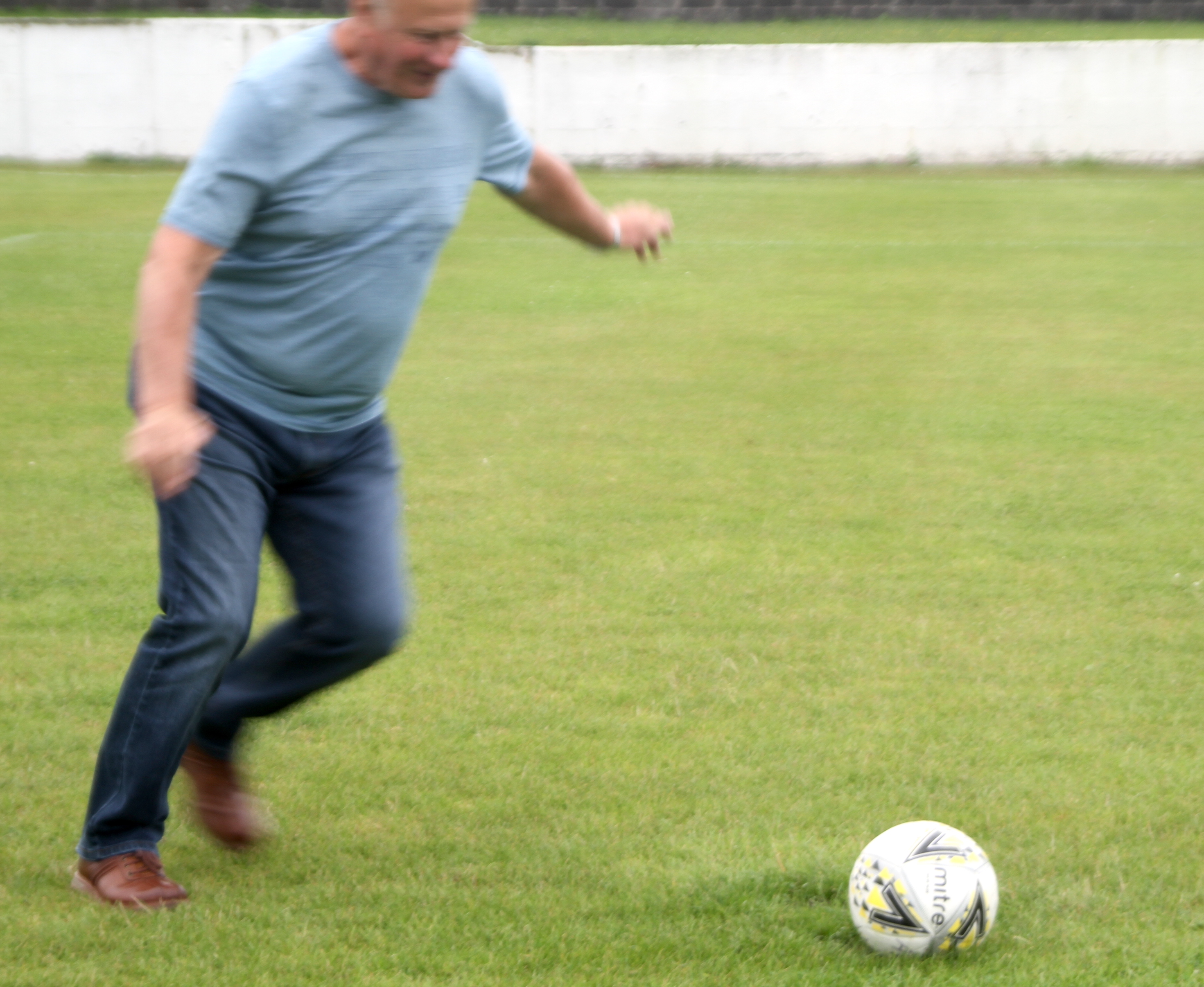 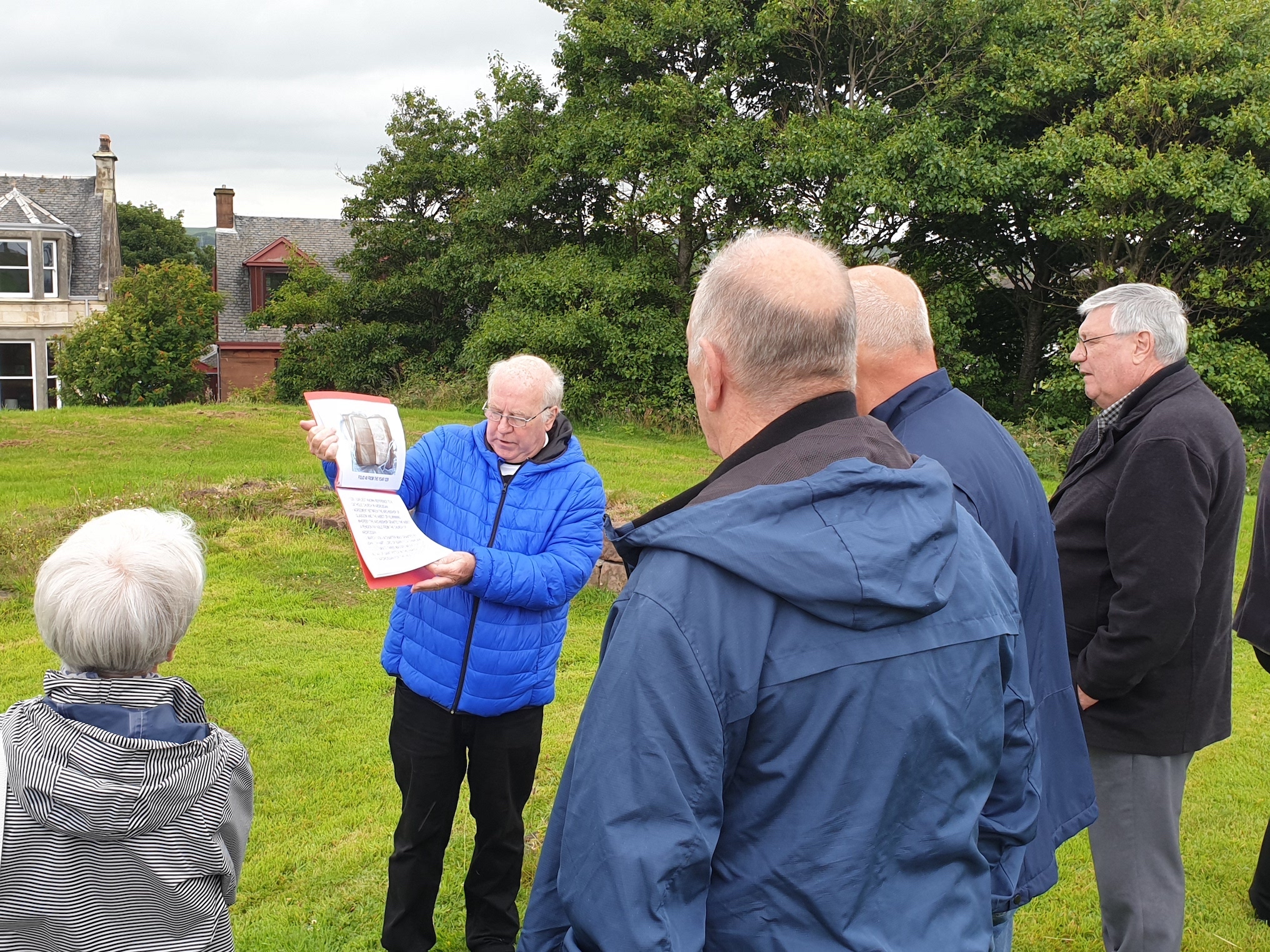 On the Ardeer walk: 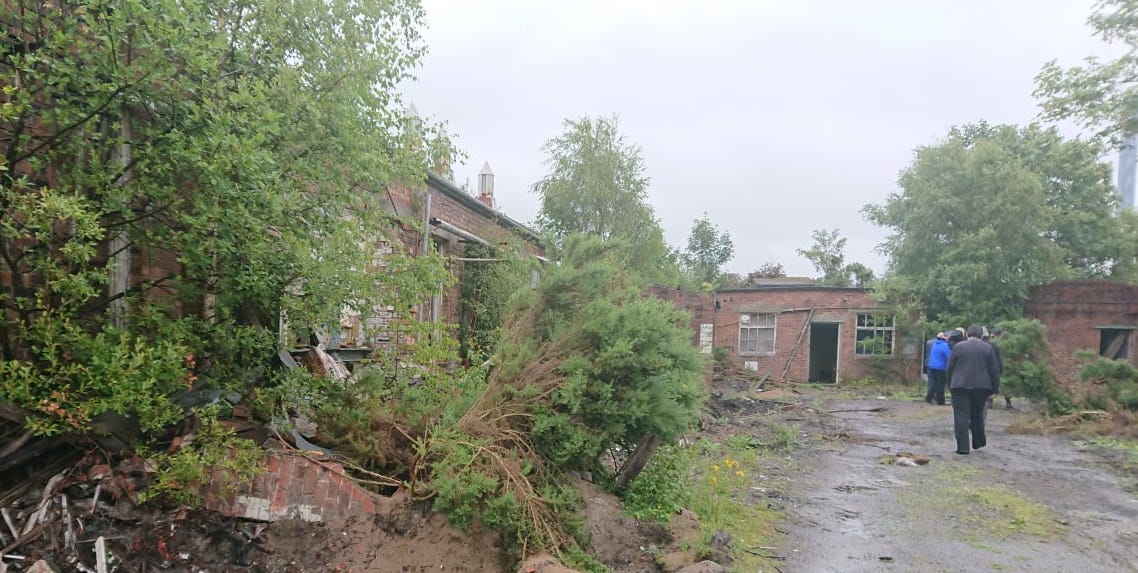 At the Champion Shell: 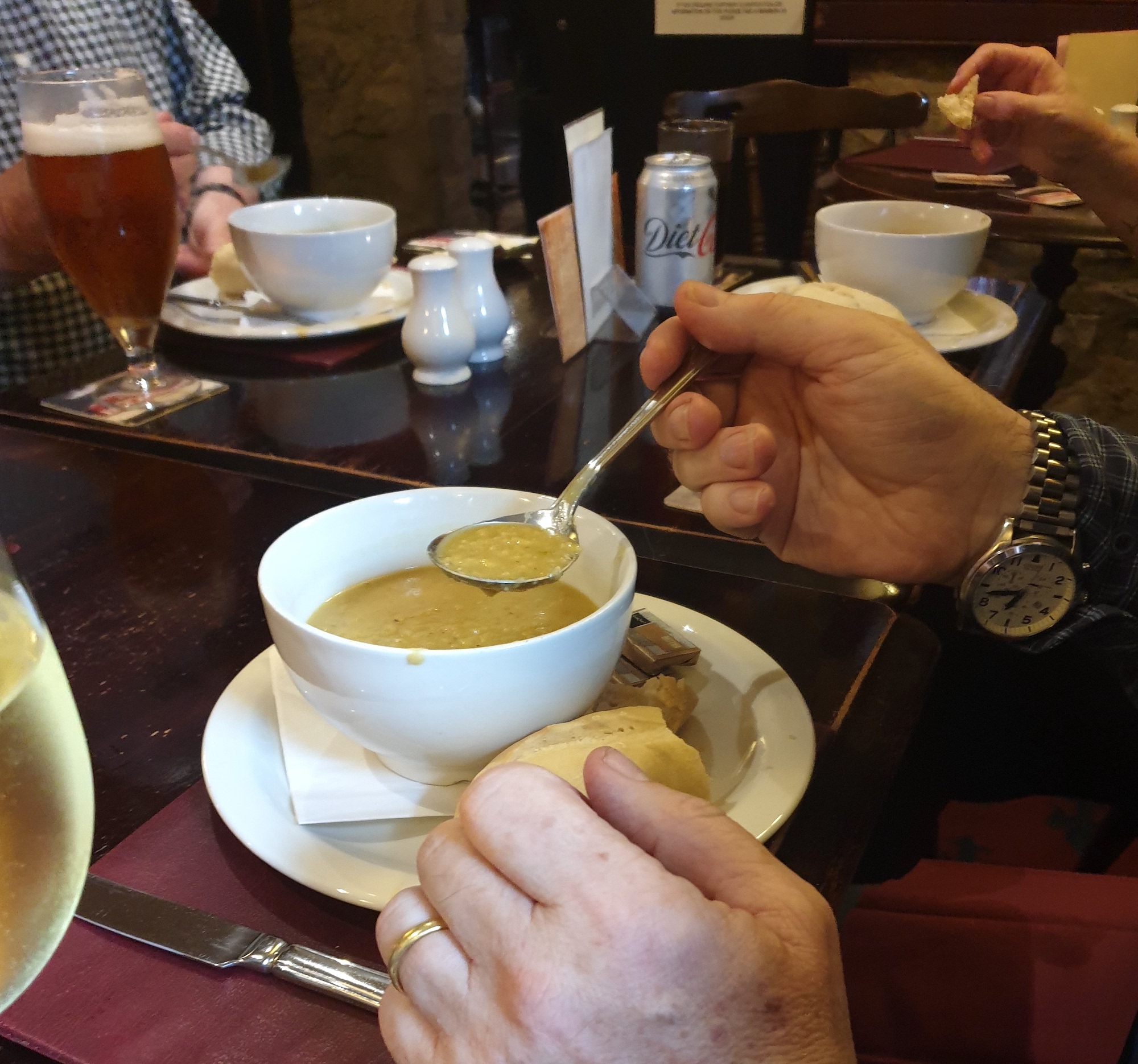 I'm still saving up for a signature.
Top

Meg wrote: ↑
Sat Jul 20, 2019 10:59 am
The first of the links. This is a short (badly shot) video of Penny Tray scoring a penalty at Winton Park. I’ll leave PT to fill in the blanks as to why he was compelled to take this shot at goal.

I never seen any GOALIE

With thanks to Iain, here is an aerial illustration of the walking route that we took through the Ardeer factory area on Wednesday. Most surprising to me was the sheer scale of the place...